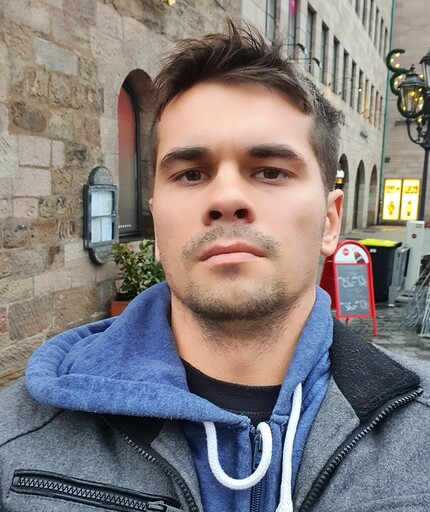 Get to know us!

Get to know us!

What defines a successful ecommerce store? Is it the number of sales or the revenue produced? One of the most important indicators of success is conversion rate or CR. In this article, we will discuss several key points regarding conversion rate, including:

For the purposes of this article, we will discuss ecommerce stores built using Shopify. Without further adieu, let us discuss what conversion rate optimisation is.

What is Conversion Rate Optimisation?

Generally speaking, conversion rate optimisation refers to small yet significant site improvements with the purpose of visitors taking an action that the company considers a “conversion”.

These actions include signing up for a service, joining a loyalty program, making a purchase. This is why conversion rates are such a good indicator of success. Not always is your goal to sell a product or service, but CR can show you that you are heading in the right direction.

Clearly, conversion rate optimisation is vital for continued success in your business. But, where should you start? What changes will have the most significant impact on your conversion rates? We partner with Shopify to build bespoke and optimised ecommerce stores.

Here are some tips on how to optimise your conversion rates. Afterwards, we will focus on one of the most powerful tools available to boost conversion rate- headless architecture.

How can you Optimise the Conversion Rate on Shopify?

The first step is analysing your CR and comparing it to benchmarks. Shopify provides a clear report that shows how many users completed the intended action. So, what’s considered an average conversion rate?

According to Littledata.io, research in June 2019 showed that:

The average mobile conversion rate for Shopify store owners is 0.9%

A mobile conversion rate of over 2.2% would mean a store is within the top 20% of all Shopify stores.

The average desktop conversion rate for Shopify store owners is 1.4%

A desktop conversion rate of over 3.1% would mean a store is within 20% of all Shopify stores.

According to Econsultancy: “Only about 22% of businesses are satisfied with their conversion rates.”

This next tip is crucial if you are in that average or below average section.

Some years ago, people used mobile devices to browse and desktop devices to shop. That trend is changing as more and more companies invest in mobile experiences.

It is no longer enough to develop an online store for desktop, and hope it works well on mobile. Consumers want to be able to complete the purchase process on their mobile devices.

People have no patience when it comes to the internet. We used to gladly sit for several minutes listening to horrendous sounds as our dial-up internet would connect. Now, if a page doesn’t load instantly, it could mean lost customers.

These figures from Shopify show that speed and performance are imperative. How can you improve in these respects? Check out this article on how to improve your ecommerce store speed. One of the best ways is to upgrade your store to Shopify plus and use a headless architecture which will be discussed later on.

Many ecommerce stores can be likened to a brick-and-mortar store, a small boutique, or a kiosk. What do customers expect from these experiences? Something they can’t often find in a huge retail store- quality and the personal touch.

Quality copy that tells a story can create the impression that the user is buying directly from the store owner, knowing them and supporting their business. This directly leads to CRO because a loyal customer will perform all the calls to action on a site.

Instead of using one stock photo or one frame of a product, many have observed that having several professional photos changed the look and, more importantly, affected CR.

High-quality photos and copy directly impact a user’s experience on a site, motivating them to linger and possibly make a purchase.

There’s not just one way to make a purchase nowadays; there are multiple sales touchpoints. Blending them all together into one unified approach defines omnichannel marketing.

These opportunities include email, cart abandonment leading to coupon codes and especially social media. Social media shopping is on the rise as social media use has skyrocketed. In the past, businesses would try to warm up a potential customer by using social media advertisements, hoping that they would more likely make a purchase in the future. Now purchases can be made on social media platforms, which is a game-changer.

These are just some of the ways to optimise conversion rates. A headless build on Shopify plus will change the way you think about conversion rate optimisation. Why can we make that bold claim?

Can a Headless Approach improve CR, and How?

The headless architecture optimises conversion rates by combining all the previously mentioned points. This method truly supercharges ecommerce and has no comparison. If you would like a refresher on headless and how it works, please check out this article.

How does headless affect conversion rate optimisation? Think of a house that is a bit old. Things work, but everything is slow and has issues. The front of the house needs a major facelift as the paint is peeling off. Inside it is not convenient and is missing some modern touches that simplify life. There are basically two options in this case.

You can fix certain things inside the house, paint the exterior, and change some appliances. The house will look and work better. Or… you can move into a brand new home with amazing architecture, state-of-the-art tech, beautiful exterior, and functional form.

The same goes for conversion rate optimisation. Making minor improvements to the site, as mentioned above, will have an impact on the conversion rate. However, headless ecommerce on Shopify plus is like a brand new house with all the bells and whistles. You instantly optimise your conversion rate and increase your sales potential by making the move. How?

Headless ecommerce backed by Shopify plus has excellent performance and speed. Benchmarking shows this to be one of the most streamlined yet powerful platforms. Customising both the frontend and integrations can reduce bloated features and remove apps that are not being used.

Headless ecommerce works equally well on mobile devices and captures a large audience of people who have stopped using desktops. More user-friendly experiences mean your conversion rate will be optimised as it is clear and simple to perform needed tasks.

Customising headless ecommerce stores that are decoupled from the back end is much easier and safer than using a traditional CMS. The front end can be altered without a sweat If new products are added, prices are changed, or a sales campaign is enacted. Fresh content and copy adds a bespoke element and leads to users becoming more invested in the success of the online business.

We mentioned omnichannel marketing, and a headless build is most appropriate in this regard. Products can be sold internationally, in different languages, using various touchpoints. One backend is visualised in various ways selectively and effectively.

If you are already using Shopify, upgrading to Shopify plus and a headless build may be the next step in the evolution of your business. Conversion rate optimisation can be the driving motivation behind the move, but you are sure to gain many more benefits.

Most importantly, look into upgrading your ecommerce website to Shopify Plus with a headless build.

We hope this information will benefit you, and if you are curious about other ecommerce topics, we have a range of articles right here.

Got a project to discuss?

How Much Money and Time Does It Take to Migrate to Shopify?

Optimising Shopify Store Speed - Your Guide To A Lightning-Fast Store